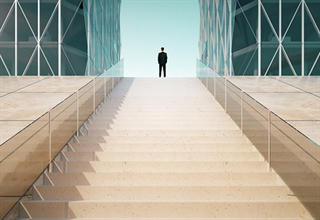 New report doesn’t include comparisons with other states and policy recommendations
By ED TIMMONS | Jan. 24, 2019

With the release of the state Department of Safety and Professional Services report last month, Wisconsin took baby steps toward occupational licensing reform. For a problem of this magnitude, however, much more work is needed to make sure that the citizens of Wisconsin are not burdened by unnecessarily obtrusive barriers to an honest day’s work.

Occupational licensing is the most important labor market in Wisconsin and nationwide. In the 1950s, 5 percent of workers were directly affected by occupational licensing. Today, that figure stands at more than one in five workers (22 percent) in the United States.

Everybody knows that doctors and lawyers have to be licensed in Wisconsin. What is less known is that the state also licenses butter- and cheese-makers as well as boxing and kickboxing judges. The new Wisconsin report does a good job of informing citizens of the scope of occupational regulation by listing each of the 240 occupations regulated in some form by the state.

Some key ingredients are missing, however.

First, the report offers no comparison of the specifics of licensing requirements in Wisconsin relative to other states. As an example, cosmetologists are required to be licensed in every state. In Wisconsin, the initial licensing fee is $391. This is higher than every state that borders Wisconsin. Minnesota’s fee is almost $200 less ($195). Michigan’s fee is just $15.

There are a number of sources that provide details on comparisons of licensing requirements for each state such as the National Council of State Legislatures, the Institute for Justice and the Knee Center for the Study of Occupational Regulation — a source that is updated and expanded on a daily basis.

A second shortcoming of the report is the recommended policy. A call to eliminate registration of music and art therapists (among others) seems reasonable, but prospective workers in most professions — and thus most Wisconsin consumers — will not see any change in the status quo.

There is no need for policy-makers in Wisconsin to reinvent the wheel. A number of states have implemented more comprehensive reforms to take a more complete look at the effects of occupational licensing. The report briefly notes, for example, reforms that were passed in both Arizona and Tennessee that guarantee workers the right to earn a living. Policy-makers must build a case that occupational regulation is necessary to protect public safety and must also first consider less restrictive forms of regulation to achieve this goal.

In Ohio, a comprehensive reform of occupational licensing was recently implemented. The new law subjects each licensing board in the state to sunset review. This gives legislators an opportunity to be sure that the regulations are necessary and meeting the needs of its citizens. In addition, all efforts to add new licensing to professions is subject to a sunrise review.

One final example is in New Mexico. In October, then-Gov. Susana Martinez issued an executive order that allows individuals in many licensed professions to work without meeting licensure requirements if they disclose this information to consumers. Essentially, the reform changed occupational licensing to a system of voluntary certification. Consumers have the option of receiving professional services from both licensed and unlicensed service providers. This increases competition in the marketplace and gives consumers more choices.

It is important that policy-makers in Wisconsin recognize the problems and challenges that occupational licensing presents, and last month’s report should open some eyes. But much more work and guidance are needed to make sure that reform efforts do not end with the elimination of a handful of regulations.

Ed Timmons is a visiting fellow at the Badger Institute. He is a professor of economics at Saint Francis University in Loretto, Pa., and director of the Knee Center for the Study of Occupational Regulation.