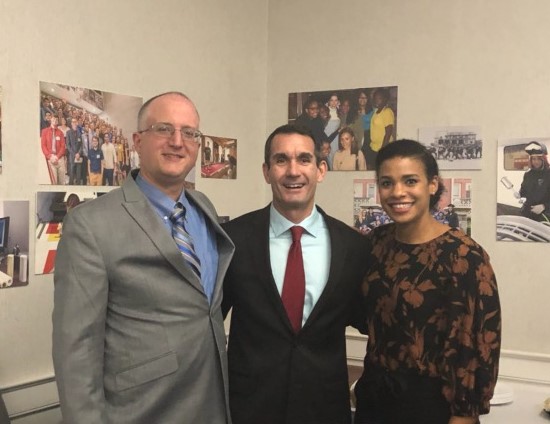 LANCASTER – Auditor General Eugene DePasquale today led a roundtable discussion focused on solving the challenges many veterans face in finding employment opportunities after leaving the military. “We owe it to the women and men who served to provide all available resources to help them find good jobs in Pennsylvania,” DePasquale said. “As the son of a veteran, I witnessed the struggles my father faced returning to civilian life after service in Vietnam.” DePasquale is following up on his audit of the state’s workforce development system completed earlier this year. He also serves as a member of Gov. Wolf’s Keystone Economic Development and Workforce Command Center, which is working to improve the state’s efforts to match workers with employers.

“There are direct links between military work experience and the skills sought by civilian employers,” DePasquale said. “I want Pennsylvania to become the model for how every state treats veterans when they transition to the civilian labor force.”

Learn more about the Department of the Auditor General online

Coping with the Toll of COVID-19: An Overview of Temporary Changes in Scope of Practice of Mental Health Providers