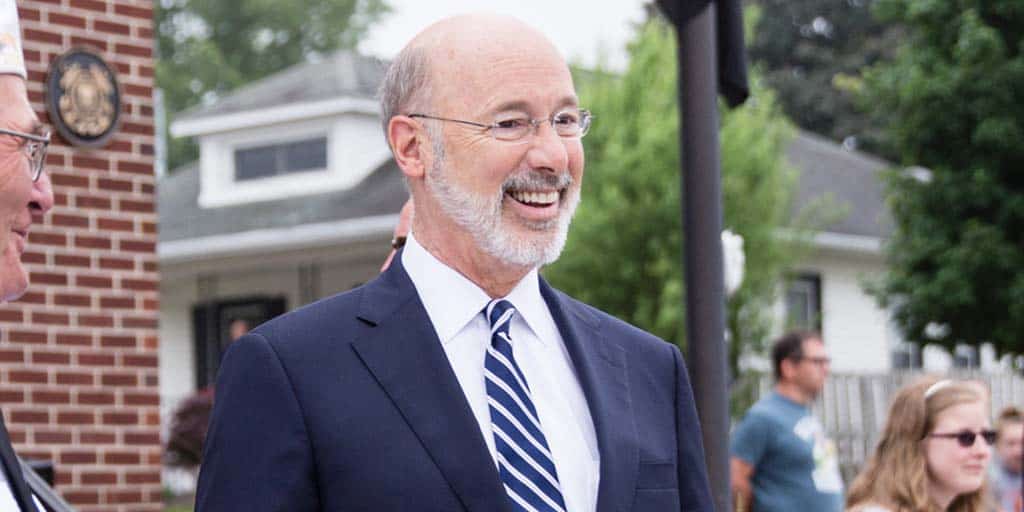 Harrisburg, PA – Governor Tom Wolf signed HB 1172, now Act 41 of 2019, that cuts bureaucratic red tape to make it easier for new Pennsylvanians, including military spouses, with an out-of-state occupational license to work. The bill, sponsored by Rep. Dave Hickernell, Chairman of the House Professional Licensure Committee and cosponsored by minority Chairman Harry Readshaw, passed with overwhelming bipartisan support in the legislature, creating the opportunity for more sweeping licensing reforms in the future as the governor has proposed.

“This new law will reduce barriers for new Pennsylvanians to work here and shows this is a land of opportunity,” said Gov. Wolf. “Portability is especially helpful for members of the military and their spouses who frequently move between states in service of the country and often have difficulty quickly getting a license to work in their profession.

“It’s another important step to improve the occupational licensing process while making the commonwealth a more attractive place for skilled workers and businesses.”

The bill provides for licensure by endorsement from the boards and commissions under the Bureau of Professional and Occupational Affairs in the Department of State. The license could be issued on an individual basis if the licensure requirements in the other state, territory or country are determined to be substantially similar to Pennsylvania’s requirements. The boards also have the authority to grant a provisional endorsement license while an applicant completes requirements specific to Pennsylvania, such as the required child-abuse training.

Prior to the reform, many professionals licensed out-of-state had to complete Pennsylvania’s entire licensing process. The time-consuming delays caused military spouses and other workers moving to Pennsylvania to lose income and career opportunities, and reduced the pool of talented workers for businesses.

“I will continue working with the General Assembly to remove barriers to work for qualified Pennsylvanians and to ensure that we are welcoming to new Pennsylvanians wishing to practice their licensed profession,” said Gov. Wolf.

The reform is also important when many industries are dealing with a shortage of skilled workers, the number of jobs are at record highs, and unemployment is at record lows.

“Pennsylvania is investing in education and job training so that workers are highly skilled and competitive in today’s global economy,” said Gov. Wolf. “This law makes our state even stronger. We are encouraging more skilled workers and their families to move to Pennsylvania. This enhances our workforce, provides more talent for businesses, and helps to grow our economy.”

Pennsylvania has 29 boards and commissions that license 255 occupational types. One in five Pennsylvania workers needs an occupational license to do their job, representing more than one million workers.

After decades of expanding licensing, there is a national awareness of the need to reduce barriers to occupational licensure while protecting consumers and benefiting workers.

Other licensing reforms proposed by the governor include replacing 13 job licenses with less restrictive requirements that protect the public, returning continuing education requirements to levels in state law, repealing the automatic 10-year ban on licensing someone convicted of a drug felony, and making the licensing process more efficient.

Act 41 takes effect in 60 days, at which time the boards and commissions will have 18 months to promulgate regulations.